After visiting two supermarkets this morning, I’ve decided to take a momentary break from my explanation of why I still believe in God to make some observations on goings on around me. First of all, did any of you know that Americans celebrate a holiday called “Thanksgiving”  on the fourth Thursday of November? EVERY November? Did you know this Federal holiday tradition dates back to George Washington? Did you know the fourth Thursday in November date was set in 1863 by President Lincoln and when FDR moved it a week earlier in 1939 and 1940 the country almost split again over such a foolish move?

If you knew any of these tidbits of information, you are much farther ahead of the curve than the three quarters of a million people crowded into Publix and Bi-Lo supermarkets on Fairview Road in Simpsonville this morning. From the way the grocery shoppers were treating each other and the personnel of the grocery stores, it seems they thought the holiday was several months away. I was so curious about the state of confusion I stopped in the middle of the Bi-Lo baking goods aisle and pulled up my calendar on my phone. Apparently I was right because November 22, 2012 appeared in bright red signifying a major holiday. Just to be sure, I used my calendar function to check the last several years and — sure enough — Thursday, November 24, 2011 AND Thursday, November 25, 2010 both had red outlines. I wanted to be absolutely certain this trend would continue, however, so I thumbed ahead and I can say with unflagging authority November 28, 2013; November 27, 2014; and November 26, 2015 are all outlined in red and have “Thanksgiving Day” in small font in the box for those days — all of which happen to be the fourth Thursdays of November in their respective years.

Of course the fact I undertook this small research project right in the middle of the aisle of the store containing flour, sugar, packaged nuts, and canned pumpkin almost caused a riot. Several sweet looking blue-haired elderly ladies bumped into me quite forcefully and purposefully with their buggies.

(Important Sidebar Information: I don’t like to act overly sectional in my writing, but I am somewhat proud of my Southern heritage — screwed up as it is — and I am especially sensitive about our accents and vernacular. Now having said that, in the South, we put groceries in a BUGGY, not a SHOPPING CART and if you don’t like it, well, bless your Yankee hearts you are in luck because Interstates 75, 85, and 95 all head north back to the Mason-Dixon Line so get thee hence and you won’t have to endure us poor benighted Dixie-dwellers. Just don’t come crying back when you are freezing your nether bits off  because they are covered in snow.) 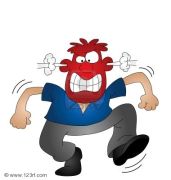 I know at least one harried looking woman with a buggy full of Dixie Crystal and LibbyLibbyLibby Pumpkin Puree claimed my parents had, in fact, NOT been married at the time of my birth while another mom left off screaming frustrated obscenities at her three rambunctious offspring long enough to scream frustrated obscenities at me. She not only claimed I was descended from the genus Canis, but that I had untoward carnal knowledge of my female parent. Normally I would have given her a piece of my mind before soundly thrashing any adult male accompanying her for espousing such base slurs upon my character, but something of a maniacal glint in her eyes coupled with the way she was gripping  a family sized can of Hanover Cut Green Beans made me think she might possibly have some murderous intent in her heart  as well as the wherewithal to carry it out, so I let the moment — and her buggy of hellions — pass without incident. Discretion is, after all, the better part of valor.

This was by no means an isolated incident. I saw displays of outright “buggy-rage” in both stores I went into. In Publix, two women appeared destined to come to blows over the last box of 10X Dominos Confectioners Sugar in the store. While they were loudly discussing the merits of each others hair styles, weight, and clothes choices, I took the opportunity to actually slip behind them and take the aforementioned last box of powdery white goodness and beat a hasty retreat before the two amazonian brawlers noticed the object of their forthcoming gladiatorial contest had mysteriously disappeared!

Now I realize I was just as guilty of procrastination as everyone else in the stores and I actually have less of an excuse since I have much more time available to shop. Still, why get so angry and stressed out because YOU waited until the last minute to try to find an unbroken dozen eggs the day before one of the “egg-heaviest” holidays in the year? It’s not the little girl behind the register’s fault that you won’t stand up to your mother-in-law and refuse to make six pecan pies when she just called and asked you at 8:00 AM the day before Thanksgiving, just like she does every year. The Publix manager can’t help it that you are too much of a control freak to let your daughters and daughters-in-law help cook Thanksgiving dinner so you drive yourself to exhaustion for two days and then bite everyone’s head off at the meal before complaining bitterly that “no one wants to help me!”

The moral of the story is, it’s Thanksgiving. You knew it was coming so stop! Just stop! Quit trying to make everything perfect and just enjoy the family or friends you get to share the day and the meal with. Stop getting purple in the face and letting “that vein” pop out on your forehead over the 2 package limit on Philadelphia brand cream cheese. It could always be so much worse. Tomorrow’s Thanksgiving, folk. Today isn’t too soon to start practicing being thankful!

Love y’all and keep those feet clean and belts loosened!