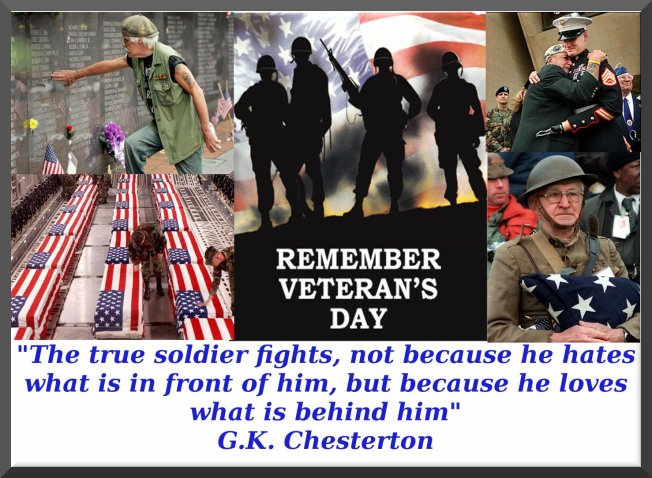 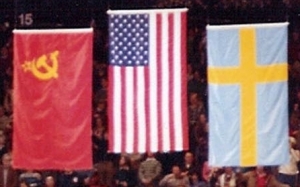 I’ve been watching the Vancouver Olympics with TRIGUPITM for the last few nights. She loves figure skating, I love the luge and skeleton, and we both LOL at the curling. I’m always moved by the athletes’ faces on the medal podium as they watch their country’s flags raised and hear their national anthem played. That flag raising on that huge stage means so much to them and the millions watching in the stadium and at home.

This post has nothing to do with that pomp and ceremony.

This is about something I saw this morning.

I was at my local unemployment office before 8:00 this morning queuing up with several hundred other unfortunate souls who, like me, are out of work, broke, and worried about what tomorrow was going to bring. The day was crystal clear and the wind was sharp and cold as death. We huddled and shifted from foot to foot en masse, no one meeting another’s eye unless to ask the time. It wasn’t a place for small talk.

One guy across the courtyard from me caught my attention. He was dressed shabbily in sweat pants, a sweat shirt, and an old faux leather jacket. He had on grubby high top sneakers and a hunting hat with the wool flaps dangling loose over his ears. He might have been anywhere from forty to sixty and I could tell life had be unkind to him. Still, something about him made me smile. He looked like a survivor. The world had beat on him, but it hadn’t managed to beat him just yet.

One of the bureau’s office workers came out to raise the flag for the day. The wind snatched his sensible tie out perpendicular to the sidewalk and you could see the chill shake him from crown to soul. He held Old Glory clenched in his fist and I could tell from my vantage point that whoever had taken it down the night before hadn’t bothered with properly folding it into the correct “tricorn hat” package. For some reason, I looked up at the grubby fellow across the courtyard and he had locked on to the worker and the flag he carried.

The morning was bitter cold and as I watched him remove his gloves, I could only imagine how palpably painful the frozen brass of the flag clips on the lanyard must have felt to the man’s flash frozen fingers. He fumbled with the clips and the folds of the flag as the wind conspired mightily against his ever effort. At that moment, my buddy across the way stepped forward smartly and quickly and said, “Sir, may I help you please?” Coming from him, it seemed more of a command than a request.

Without waiting for a reply, my unkempt friend took the flag, snapped it out straight, and with obviously practiced hands seemingly unaffected by the arctic blast, he clipped the Stars and Stripes to the lanyard and ran it up the flagpole with an ease born of repetition. The office worker smiled at the man gratefully and turned to go back inside. I watched the man watch the flag now cracking in the breeze and it seemed to me that he’d probably saluted a flag just like that one many times on a myriad of bases or ships around the world. It looked to me like he hadn’t forgotten how to salute either. With a smile and a nod, he stepped back into line.

About ten minutes later, another worker came out and called for all military veterans to come forward to the front of the line and present their paperwork. Sure enough, my grubby friend stepped out of line and joined his battle brothers and sisters around the officer. After he turned in his forms, I watched him walk back towards his car — a mechanical duplicate of himself if ever there was one — and he spared another glance and nod at the flag.

So, he was a veteran. Many of us barely noted the flag, trapped as we were in our own personal miseries, but I suppose once someone has been shot at for marching or sailing under that piece of cloth, he or she would tend to regard that bit of waving fabric a little more closely. I found myself feeling extremely proud of Mr. Grubby.

So, as you watch the Olympics the next two weeks, pay attention to who salutes their flag during its presentation and who seems simply blase’ about the whole thing. You might find that those who salute may have a story in their background . . . a story similar to the grubby veteran at the unemployment office.

In Flanders Fields the poppies blow
Between the crosses row on row,
That mark our place; and in the sky
The larks, still bravely singing, fly
Scarce heard amid the guns below.

We are the Dead. Short days ago
We lived, felt dawn, saw sunset glow,
Loved and were loved, and now we lie
In Flanders fields.

Take up our quarrel with the foe:
To you from failing hands we throw
The torch; be yours to hold it high.
If ye break faith with us who die
We shall not sleep, though poppies grow
In Flanders fields.

From one who has never known the smell of battle and the stench of blood and fear to every veteran of every American war, popular and unpopular, won or lost, concluded or continuing, thank you so much for risking your lives and many times giving your lives in the service of your country. You did not ask if you believed in the cause for it was enough that you believed in the country that gave the call.

Bless you, each and every one of you.

I’d wash all y’all’s tired feet if I could.