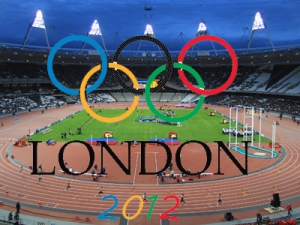 The Olympics always bring memories to me. The earliest one I can remember was the 1980 Lake Placid Winter Games. Papa Wham and I actually watched the “Miracle On Ice” when our ragtag group of amateur hockey players defeated the mighty Soviet juggernaut and for a minute, yes, we all DID believe in miracles. I also have distinct memories of Sarajevo ’84 and looking back at how beautiful the city was then it’s hard for me to imagine how devastated it would be fifteen years later.

I remember Mary-Lou Retton capturing all our hearts. I also remember little Kari Scruggs bravely vaulting on her broken foot to assure the gold medal for the women’s team. I watched Kurt Angle when he was a “real” wrestler; that gold medal he wears to the ring is real, you know. I saw the unbelievable happen as Roulon Gardner beat the unbeatable Alexander “The Experiment” Karelin to win wrestling gold.

Enjoy the Olympics everyone! They really are one of the few times the best things about this crazy world actually come to the front and displace all the violence and sadness we see in the news every day.

At least that’s the way we always phrased it back on the mats when I was a wrestler. Please, before I go any farther, do not confuse nor make the tired joke about wrasslin’. NOTHING annoys a real wrestler more than the question, “Where’s the ropes?”

Tonight was the first Monday night after Thanksgiving and ever since I was a freshman in high school, that has meant the first match of the wrestling season. Ever since late September, wrestlers all over the country have been counting calories and donning sweat suits to get down to whatever magical weight they want to compete at for the coming season. Tonight, they got to step on the mat and see if their hard work has paid off.

I don’t miss much in my life as much as I miss wrestling. I was a varsity wrestler for my high school for three years and I had the pleasure of coaching as both an assistant and a head coach for nearly ten years. No other sport comes close. Wrestling was on the agenda at the first Olympics and the basic equipment hasn’t changed much . . . except we don’t wrestle naked anymore — although the first time you ever put on a Spandex singlet and step out in front of a crowd of people, you may FEEL naked.

Everything great and wonderful about my high school years revolved around wrestling. I went out for the team as a freshman in the hopes of catching the eye and impressing a girl named Kim whose brother was on the team. I was the only heavyweight that year so I started every match . . . and LOST every match except the lone forfeit I got because the opposing wrestler tripped getting off the team bus and got a concussion. Needless to say, I didn’t get the girl, even though she was impressed that I didn’t quit. At the awards banquet that year, I received the Silver Flounder Award for being the biggest fish on the team.

I dropped weight and wrestled great my sophomore and junior years. I even placed second in our region my junior year. I was one match away from qualifying for the state tournament when I came down with stomach flu. That was the end of that year. My senior year was a disaster. I was already having a REALLY BAD year and the first day of practice, I found out the weight classes had changed. My coveted 167 was gone. I was now in the same class with two monsters who I never could hope to beat. They tried to kill each other and the loser dropped down to the next lowest division.

I was odd man out. I was a senior with three bars and twenty-two pins on my letterman jacket and I was relegated to the bench. It was at that point that I gave up on my entire senior year and the wheels well and truly fell off the apple cart, but that is a story for another time.

So, men, gird up your loins, put your foot on the stripe inside the circle and wait for the whistle.