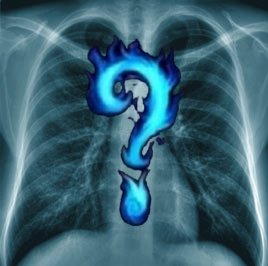 You have to draw your own conclusions, but let me know when you do.

In my previous post, I mentioned my spiritual crisis the last six years and how it brought me to the brink of atheism. I also promised to give reasons why, plagued by questions and doubts, I still believe in God. The first reason is I witnessed a bona fide, verifiable miracle.

I dearly loved the Baldwins. Brother Baldwin was “intellectual” which isn’t a common trait in Pentecostal or Charismatic circles. To this day, he is the only person who would sit with me and answer my theological questions until I got tired of talking and that is truly saying a great deal. Sister Baldwin was precious. She had obviously been a great beauty in her day and her eyes still sparkled out of a face gone drawn and pale under the ravages of chemotherapy. She wore a beautiful headscarf to church  to cover the few wisps of snow white hair her fight  had left her.

I watched Sister Baldwin grow weaker and weaker, but her spirit never faltered. Brother Baldwin had the resigned look of a man who was watching the light of his life go out before his eyes, but neither ever complained or railed against the God they had so faithfully served for 40 years. Sister Baldwin was getting worse, however, and the oncologist at Greenville Memorial Hospital told her she likely had less than a year to live. He took several x-rays showing the ravaging path the disease was taking through her body. Keep those x-rays in mind. They are extremely important in a minute.

An ancient tradition of the Churches of God during the week of July 4th is the annual Campmeeting at the state campground in Mauldin. People from all over South Carolina converged on Mauldin for six days of preaching, teaching, and wonderful Southern Gospel Music. Sister Baldwin wanted more than anything to attend the 1998 Campmeeting as she knew it would be her last. Even though she was weak, Brother Baldwin brought her, and the ushering team — of which I was a member in those days — would find her a seat where she could see the stage from her wheelchair.

Friday night, a quartet from down in the lower part of the state was singing “Jesus on the Mainline” as the band was playing about 90 miles per hour. The State Tabernacle was electric and in the middle of all the excitement I saw Sister Jeannette Vance making her way towards Sister Baldwin. I know it was Sister Vance because it’s impossible to miss Sister Vance in any crowd as she’s the very definition of “statuesque” at 6’3″ tall.

She knelt by Sister Baldwin (and still towered over her) and laid her hands on Sister Baldwin’s shoulders and began to pray earnestly. Several other pastors’ wives from around the tabernacle came and formed a circle around Sister Vance and Sister Baldwin. When Budge and I left around 11:00 Pm that night, Sister Vance was still praying and the circle of ladies was still around them holding hands and praying as well. I will say right here I didn’t see anything “supernatural” occur. No sparks. No one “falling out” like some Benny Hinn nonsense. Just one precious Christian lady asking God to spare the life of another precious Christian lady.

Sunday morning, Sister Baldwin came to church, stood up and told us all gathered there she no longer had cancer. God had healed her. I said this was verifiable and provable. It is. The next week, Brother and Sister Baldwin went to the oncologist and told HIM God healed her and they wanted x-rays. He obliged with a very cynical smile according to Brother Baldwin. The man wasn’t cynical when he came back though. In one hand was the x-ray from January all covered with cancerous shadows; in the other was the x-ray he had just processed. Behind him was a radiologist and the two of them were steadily talking and shaking heads. The oncologist stuck the x-rays on the light box and it was obvious one was full of cancer. The other, however, was crystal clear. Not a single spot of cancer anywhere to be found and not one but TWO board certified specialists, both of whom admitted they were agnostic and did not believe in miracles, verified the fact. Sister Baldwin brought the x-rays with her to church the next Sunday and I put them on the projector in front of 300 people.

Sister Baldwin, sadly, has left us, but not in 1998 of cancer. It wasn’t 1999 for that matter. Sister Baldwin passed away April 23,2012. She wasn’t 63; she was 77. For those keeping up, that’s 14 years after she was supposed to die. Now you might convince me nothing happened but explain to me how you’re going to convince those two x-rays?

So that’s the first reason I’m still hanging on to my faith.

Love y’all, keep those feet clean, and check back for more reasons why.