Okay, forget the craziness surrounding 2012 and the Mayan calendar. Don’t pay any attention to all the folks blathering on about Nostradamus’ final predictions and such. Ignore the prophetic signs abundant in the Middle East. Don’t even worry about the guy on the corner with the sandwich board proclaiming “The End of the World is Near.” These petty predictors pale in comparison to the omen I received yesterday morning that our days on this planet are truly drawing to a close.

Before you ask, I didn’t receive a divine visitation or some ESP related premonition. My source is much more reliable than either of those . . . well, depending on WHO the divine visitation is. I mean, I would consider Angelina Jolie or Scarlett Johansson dropping by unannounced as a divine visitation, but I wouldn’t give much credence to any prophetical statements either might make (even though Angie does have that whole “weirdness” thing going on sometimes.)

No, my wake up call, literally, came from the radio beside my bed. I know that the end of the world is coming because NPR — that’s National Public Radio for the Dittoheads out there, you know who you are — aired a full segment interview with (cue ominous music) . . . THE BEASTIE BOYS! 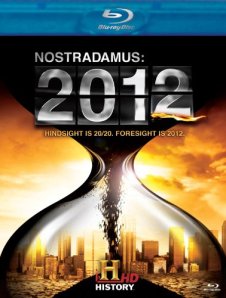 No worries, mates. The show won't last that long!"

Yep, Ad-Rock and Mike-D chatted up a new project they have coming out with one of the erudite and hyper-literate NPR hosts. MCA was sadly absent because of his ongoing fight with cancer. Let me run that one by you again in case you missed it the first time The Beastie Boys — yes, THOSE Beastie Boys — were being interviewed on N.P.R. As Bugs Bunny once remarked in his Bronx accent, “Now I’ve seen everyting!”

I could understand when Pearl Jam started appearing on my local Classic Rock station. It was hard at first because I was like, “Pearl Jam?! What gives? Vedder rocks forever! They just had a HUGE tour in 2000! Oh, yeah, um, 2000 . . . that was like  eleven ye-. . . *heavy sigh*.” So yeah, that was harsh, but I could deal. I deluded myself into thinking some things are just “instant classics”, you know?

I was even able to handle the crushing blow of seeing one of my other favorite bands — Foreigner — have their Greatest Hits cd on sale — not at somewhere like Record Bar (if you don’t know what Record Bar is, PLEASE, don’t ask. I feel bad enough already) or even Target or Walmart. Foreigner, the whole “Hot Blooded” bunch of them was on sale at HALLMARK. Right between the stationery with puppies and kittens and the new Vera Bradley releases sat one of the iconic rock bands. HALLMARK. I could just barely hold my composure until I got to the Element where I could give full vent to my sorrow. Budge was extremely worried and asked me what was the matter. I sobbed out, “Foreigner is on sale at Hallmark!” and erupted into another bout of misery.

She just looked at me with that look of “Someone tell me again why I hitched my wagon to this horse?” I have a picture of that look. I really want to put it up in a post on here but I’ve been promised grievous bodily harm should that ever happen. 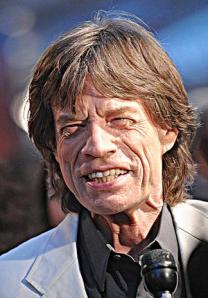 I managed to survive the revelation that Steve Tyler — the rock god frontman of Aerosmith (and father of Arwen Evenstar) — was going to be a judge on American freaking Idol. When I read that news on MSN, I couldn’t help but start quoting from Shelley’s “Ozymandias”. I didn’t realize I was speaking aloud until Budge asked my why I was quoting

Romantics and I told her that Steven Tyler was to judge American Idol.

I got The Look again for my trouble.

The Beastie Boys on NPR though? That’s it. I am officially PAST old and well on my way to ancient. When one of the first groups you ever headbanged to trade in “Brass Monkey” for Perrier, the Apocalypse cannot be too far away. All that is left is for The Rolling Stones to finally disintegrate and fall into dust right in the middle of a live performance of “Satisfaction” for me to know that it’s all over but the crying. After all, once The Beastie Boys do NPR, what’s left? I guess I could hear Def Leppard playing as elevator Muzak. Of course, once that happens, I’m just taking that elevator on up to the ceiling and jumping off. I don’t want to be around for the earth-rending events that are sure to follow!

Love y’all! Keep those feet clean and if you’ll excuse me, I’m going to go read my Easton Press copy of W.B. Yeats’ poems. I think I’ll start with “The Second Coming.”