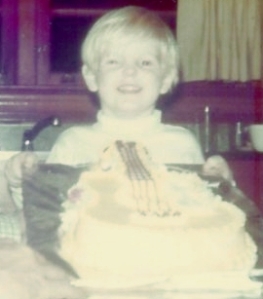 Okay, so I’m 39 today. As birthdays go, it’s been a pretty dull one. I pretty much stayed at home sending out the usual daily resume’ that will go unanswered and cleaning house. I did take a birthday trip to McDonalds and treated myself to $12.50 worth of heart attack on a bun just because I could. I mean, it’s my birthday, right?

It’s my birthday. I don’t know how many of y’all listen to the rock group Nickelback, but they have a song that pretty much sums up my thoughts on having reached 39. It goes, “I’m tired of standing in line at clubs I’ll never get in. It’s like the bottom of the ninth and I’m never gonna win. This life hasn’t turned out quite the way I thought it would be.” Nope. It sure hasn’t.

By the time Alexander was 30, he had conquered the known world. Augustus was first emperor of Rome by my age. Jesus had already come the first time, preached three years, redeemed the world, and gone back to Heaven by 33. I could go on. Believe me, I could go on and on. It’s never good to be a history buff and suffer from borderline personality disorder at the same time. You find all kinds of people to compare yourself to who make your paltry accomplishments look ever more sadder than you already know them to be.

No. Things haven’t gone according to plan — any plan, A, B, or Q — at all. Didn’t get in the Naval Academy. Didn’t go to an Ivy League school (BUT I did get accepted). I’m not even a teacher anymore and that was pretty much all I had going for me. I don’t care much about not having as much money as other people just because I’ve never used money to keep score. I’ve got a roof over my head and food on my table, thanks to The Reason I Get Up In The Morning, and that is enough as far as material possessions go. I was just hoping I would have accomplished a little more.

In any event, this is my last birthday. I went batcrap crazy into a serious depressive funk when I turned 30. I have no intentions of doing the same next year. So, since I can’t stop time, I intend to begin celebrating anniversaries next year. Therefore, next January 6th, I will mark the first anniversary of my 39th Birthday. It’s semantics I know, but when you’re fighting a black dog, you do what you can.

So, for all the members of the Class of ’89 at LDHS who voted me “Most Likely to Succeed,” I apologize. I pretty much let y’all down, but don’t worry, I let myself down even more. I hope you’ll all pardon the maudlin self-pity party. I try to limit myself to publishing only one per year . . . usually on my birthday. I appreciate all y’all bearing with me.

Don’t forget to wash your feet.