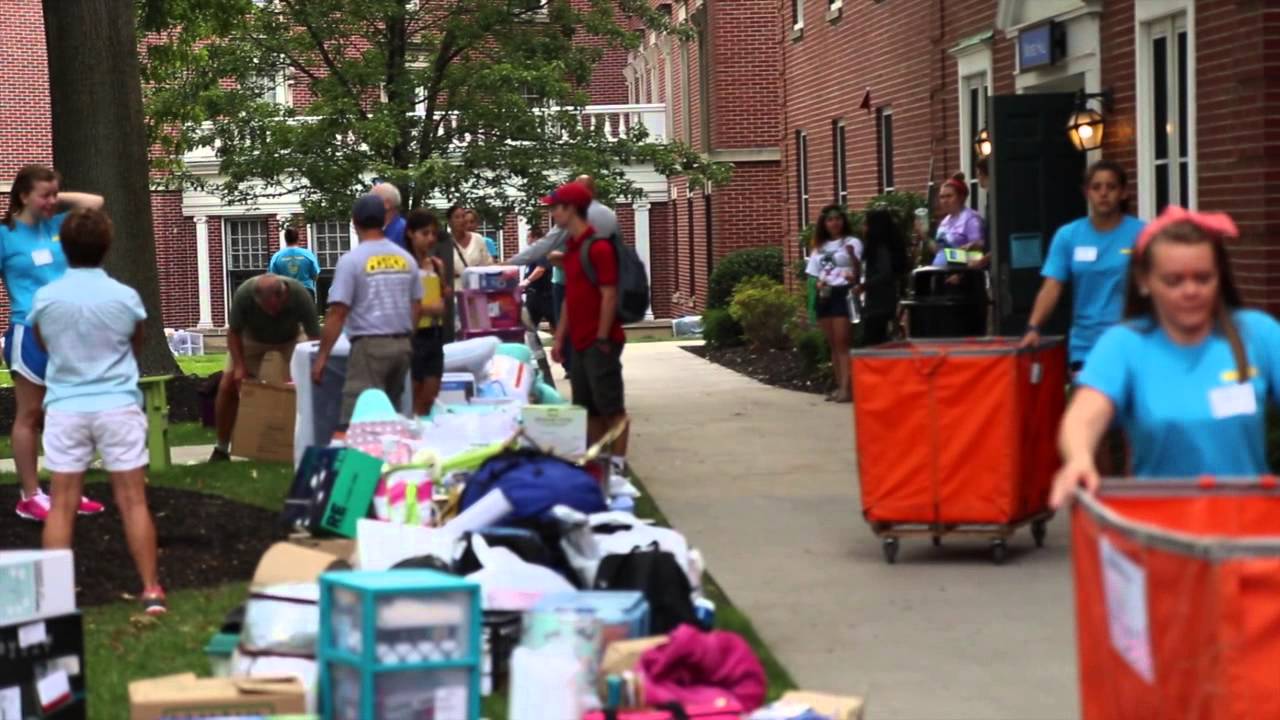 All across the country last weekend and this weekend folks everywhere have seen the annual migration of teenagers and early twentysomethings from home back to college. For all the freshmen in the bunch, they are spreading their wings for the first time. I’ve noticed it’s making a lot of moms and dads sad all over.

I’ve got several friends who have early college age children and many of them are in one of two camps; either they are sending the firstborn off to college and away from the protection of the nest for the first time, OR they are moving “the baby” into a dorm or apartment and now the nest is well and truly empty. In either case, parental tears are almost a given. I do know some parents who have been on tenterhooks for the last four years of high school as they see what they perceive as the end of their responsibility for these lives they have foisted upon the world, but for the most part, the parents I know are sad to see their children grow up and leave. Maybe it’s something as complicated as loss of control or an end to helicoptering (except in extreme cases, but that’s another story) or maybe it’s really simple — their children are leaving and they are going to miss them.

I know the latter is how Mama felt, although I found out quite accidentally, but more on that momentarily.

I stutter-stepped my way into college. Sure, I had the grades and the SAT scores and beaucoup awards and scholarship offers to show; I even had an apartment lined up in Central, South Carolina. Clemson University was ready for me . . . I just wasn’t ready for it.

See, for those of you who might not remember or who had such ungodly horrible childhoods and home lives you couldn’t wait to get out of Dodge, leaving home for what is supposed to be “for good” is scary as Hell. It reminds me of the days of sailing ships when men first left sight of shore to find out what lay over the horizon. They marked their maps with cautious phrases such as “here there be dragons” and believe it or not, many of the dragons are real.

It’s just the first week of classes and I guarantee you hundreds if not thousands of college freshmen have ALREADY made at least one decision which will have disastrous and life-long consequences . . . ONE WEEK. That’s one reason why I took a pass on freshman year at Clemson; I KNEW I was bound to screw the pooch somehow.  See, with the exception of four magical weeks spread over two summers at Camp Broadstone in Boone, NC when I was in junior high, I had never been away from home more than 24 hours more than five times in my life. I didn’t go on trips and I was never good enough to make it to overnight tournaments in wrestling. I was pretty much a homebody. Actually, I still am.

To be honest, I didn’t really want to go to Clemson in the first place. I didn’t know WHERE I wanted to go, but it wasn’t there. I also had a serious girlfriend who was still in high school AND, don’t underestimate this, I was making good money at my auto parts sales job . . . at least good money for an eighteen year old kid with no bills except a payment on a little white truck. So, when move in weekend came, I took a flyer on it and helped a couple of my buddies — who were incredulous I wasn’t coming along — pack up their graduation present cars and head off to either Clemson or USC. A smattering went to other places, but for the most part it was the “big two” for South Carolina.

As for me, I enrolled in the thirteenth grade at Greenville Technical College and took stuff that would transfer to just about anywhere I would eventually end up. It was a miserable year. Except for math classes, I never cracked a book. I worked forty hours a week, went out with that girlfriend on the weekends until we broke up, and basically got another year older.

When the next year rolled around, however, I had my little white truck packed and pointed towards Tiger Town. Like I said before, I didn’t really want to go there, but I couldn’t afford my first two choices who accepted me, so Clemson it was. I went by myself. I moved in mostly by myself and I was able to because I didn’t have anything but clothes. I didn’t throw a graduation party or “dorm room shower” to get all the crazy stuff like mini fridges and stereo systems I saw people carrying into their rooms.

Luckily, my lottery pick roommate, a good ol’ boy from Calhoun Falls, SC, arrived on Sunday with pretty much anything a dorm room needed all packed in the back seat and hatch of a gorgeous red ’89 Mustang GT. I liked him and his friends, but truthfully, I didn’t see much of him. We were in different majors and he had a REALLY serious girlfriend back home so he’d go home pretty much every weekend and lots of times once or twice through the week.

I didn’t cry from homesickness that first week. After classes started I was too busy trying to find another major, but that’s another story for another time. Mostly, I tried to not get lost. I ran into some friends from high school and discovered something passingly strange — college changes some people. Just because y’all were friends in high school didn’t matter for much with their new “fraternity” friends, but again, another story for another time.

I stayed up that first weekend for the opening football game and after that I went home about every other weekend, maybe less if we had a home game. Mama was always glad to see me and I did my own laundry because I’d seen what a dorm full of males could do to a bank of innocent washing machines. Then on Sunday night, we’d watch Star Trek: The Next Generation and I’d head back to school.

It was spring semester that first year when I found out what Mama really felt about me going to school. I left after Star Trek like usual, but ten minutes down the road, I remembered something I’d forgotten to pack so I went back home. Granny answered the door, but I could hear Mama and she sounded like she was dying . . . of course, that’s just something people say because when she actually did come to die she was completely silent . . . anyway, I looked at Granny and she just shrugged and said, “That’s how she does every time you leave. Every single time.” I went back to my room and she had laid down on my bed and was sobbing into my pillow. I picked her up in my lap and rocked her till she calmed down and I asked her what all the waterworks were about. I remember her saying,

“I can’t explain it, son. You’ll have to watch your own child leave before you can understand.”

According to Rob, she did the same thing the night Budge and I left on our honeymoon and she knew we were coming back! So to all of you mamas and dads out there who are missing your offspring, just remember, they may screw their lives up something fierce off at that college, but if you raised them right, they just might figure things out before it’s too late. Either way, you’ve done your job. All that’s left now is to miss them.