Today, Christians the world over celebrate the most important event in the history of the world — Jesus Christ’s rising from the dead. The Resurrection is not only the most important event in history, but also the most ridiculed event in history as well. To adherents of other religions, including atheism and its current priestly triumvirate of Dawkins, Harris, and Hitchens, the idea that a man can — and did — rise from the dead is mythology akin to Prometheus being bound in the Caucasus Mountains or Odin and his offspring riding down the Rainbow Bridge from Asgard to fight Ragnarok.

From time to time I have wrestled with doubts over the veracity of the Resurrection accounts, but one compelling and unanswerable detail has nailed me to my faith in Christ as surely as He was nailed to a Roman cross. If Jesus of Nazareth did not raise from the dead, where is His body?

The founders of other religions of the world are accounted for. Gautama the Buddha was cremated and containers of his ashes given as relics to shrines. Confucius is interred in Qufu, China, his hometown. The Mohammad lies beneath  the Mosque of the Prophet in Medina.

But wither the Carpenter of Nazareth? Where are the remains of He whom Pilate, a Roman provincial governor not prone to flights of superstition, named “REX IVDAEORVM” ? Where is the body of The Christ, the Holy One of God?

First, Jesus of Nazareth was a real person who died on a real cross at a real point in time in the very real and verifiable Roman province of Judea in or about 33 AD. Forget about “the search for Jesus” or “the historical Jesus”. We have the Gospels and they say He lived. We have Josephus and Philo and they say He lived. Still people want to dispute Jesus’ existence. To them I say, was Julius Caesar real? Prove it. Less contemporary material exists mentioning the would-be Roman emperor than mentions Christ by a magnitude of ten yet no one doubts Caesar’s life and deeds. Why must Christ’s life be called a myth? If we are going to play these reindeer games, let’s all play by the same rules for all historical persons. 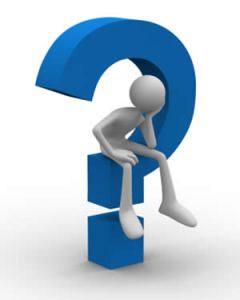 So, where is His body?

The Resurrection DESTROYED the Roman Empire. It made Jews, sadly, a cast out and hunted people. Logic dictates that if either the Romans or the Jews had knowledge or possession of Jesus’ body, as soon as Christians like Peter started preaching in the streets, these men would have gone to a tomb, carted out Jesus’ body, unwrapped it and said, “Here is your ‘Savior'”.

Christianity would have come to a swift end.

Through reading I have settled on two unassailable facets of Roman life. First, the Romans were excellent record keepers. Second, the Romans were excellent killers. The Romans in Palestine who crucified Jesus didn’t “misplace” the body and they didn’t take Jesus down “alive” from the cross so that He “got better” then showed up later on. I don’t have the time or space to shoot those two arguments against the Resurrection as full of holes as they deserve to be, but luckily others have done that yeoman’s work in my place. My suggestion is to start with the thin book by Josh McDowell titled More than a Carpenter if you want to start exploring the arguments over the centuries around Jesus’ death and resurrection.

I must warn you, though, before you undertake such a journey. Many extremely passionate and intelligent men have set out to debunk Christianity’s claim that Jesus rose from the dead. None have succeeded and many have become believers and followers of Christ in the process.

Why are you seeking the living among the dead? He is Risen, just as He said He would.