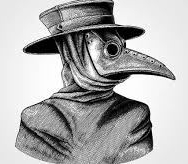 Budge and I were talking the other night about how most people who live through a historical event don’t necessarily realize it’s a historical event at the time. Now I remember 9-11-2001 and thinking, “This is history in the making. This will be in textbooks one day.” Since then, not too much I feel is earth shaking history has taken place.

Well, Covid-19 has changed all that. We’re entering our sixth week or so on shutdown here in sunny South Carolina and people are just about fed up with stay at home orders. Still, it’s going to be in a lot of history books one day: history textbooks, sociology textbooks, and probably economics textbooks. This thing, regardless of what side of the debate over precautions you may be on, has become a big deal.

What I mean by the debate is the massively polarizing debate around just what Covid-19 is and what we should have / should be doing about it. One the one had you have a group who sees this as nothing less than a hoax made up to serve as a way for the government to grab power from the people and usher us to a more 1984 type existence. They have a point.

On the other hand, you have the people who think Covid-19 is the second coming of the Black Death from the 1300s and it’s going to wipe out great swathes of the world’s population. They are the ones who will give you ugly looks beneath their masks and shame anyone who goes outside as being someone who “wants people to die.”

Then there are the conspiracy theorists who are having a grand old time with this pandemic. I’ve heard everything from it being a time released bioweapon designed by the Chinese to cripple the west to it being extraterrestrial in origin — the advance attack of a UFO fleet. The tinfoil hats have thought up plenty of ideas in between those extremes.

I’m somewhere in the middle. I know people who have or have had Covid-19. I realize it can kill people and I think it can kill people outside the “target vulnerable groups.” I also know if we don’t get the economy opened back up and going sooner rather than later, we’re going to have sections, maybe big sections, of that economy that never opens back up because they’ve gone out of business.

I don’t know what to think most of the time. Too many voices are out there clamoring for attention. Politicians say one thing, health care workers say something else, and general people say all kinds of things. So, who do you believe? I don’t think anyone has THE Answer yet. That won’t happen until a reliable vaccine comes along and THAT could be a long way off — a lot longer than I think most people think.

I also think this is going to be around a long time precisely because we DO have to get the economy going. It would be great to follow old Bill Gates’ desire to social distance and stay on lockdown for ten months. If we were all multi-billionaires like him we could easily do it too, but we aren’t. I think the virus is going to hang around because we’re going to come out of lockdown before it’s died down enough and start gathering in large groups again and cases are going to spike.

What are we going to do then? Go back into lockdown? Budge is a fourth grade teacher and this attempt at elearning is driving her nuts. It has shown the vast gap in the home lives of her children she teaches. Some have a parent at home who takes an interest in the work her child is supposed to do daily and others send Budge emails like she got today saying, “My life is too stressful right now please stop sending me messages about K’Shequa’s work because it is stressing me out too much.” K’Shequa hasn’t done an assignment in six weeks. It’s bad.

Day to day, I haven’t been affected all that much realistically. It’s not like I went a lot of places before the virus. Budge and I are staying up later and getting up later, but we still eat lunch when it’s lunchtime and we usually go out to get take away from one of the small local restaurants to try helping them with their bottom line. I can only imagine with horror though what would have happened if this had occurred twenty years ago. I think people would have melted down much worse by now.

As it is, we’re all still plugging along. I know two things: one, when this is over I’m going to camp out at my barbershop because my hair is way too long and two, I will probably have to be physically removed from Olive Garden by security or SWAT. I am stressed over not getting my allowance of chicken Alfredo and tiramisu.

So hang in there everyone. It’s got to end sometime. Love y’all and keep your feet clean.