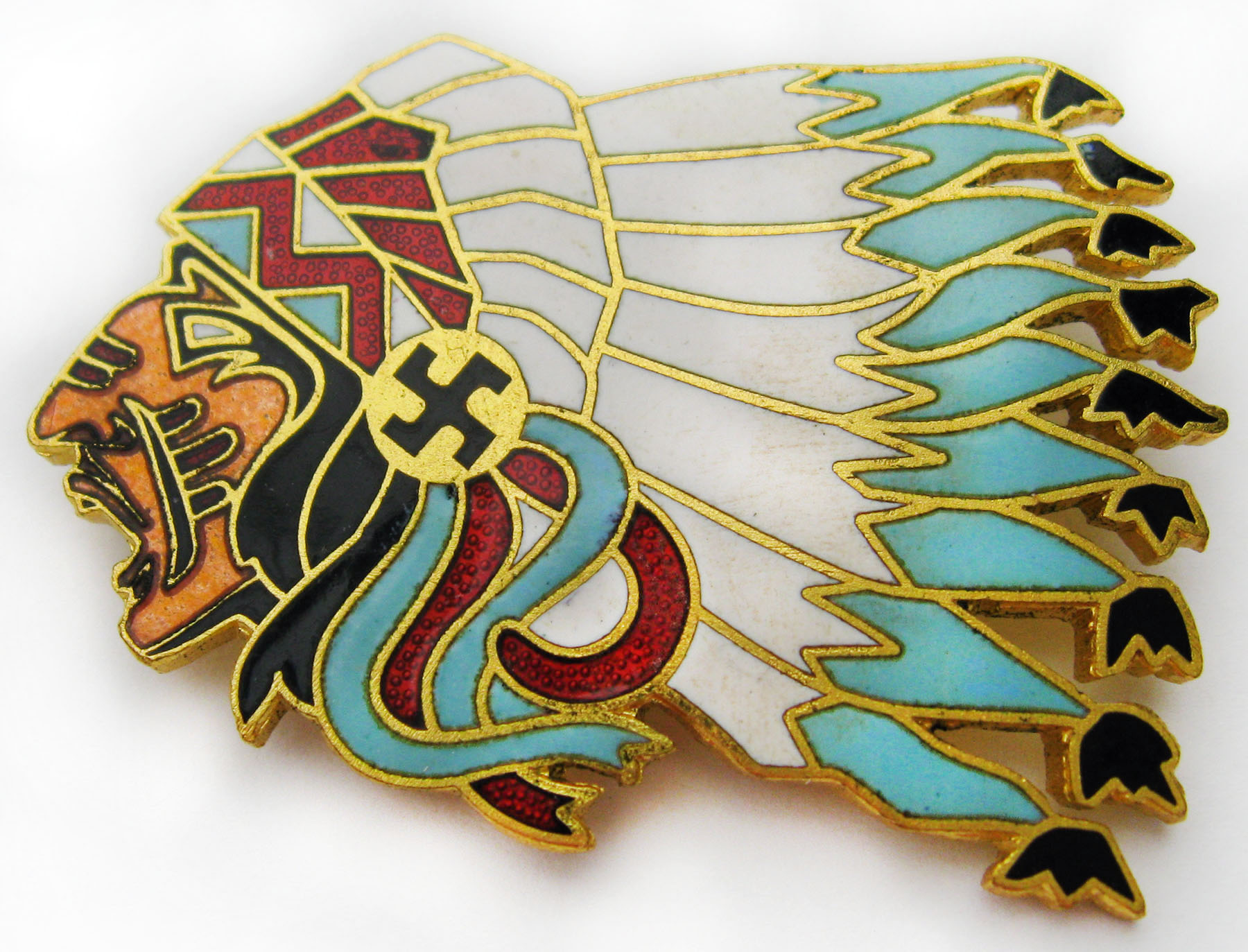 The insignia of the Lafayette Escadrille and no, that’s NOT a Nazi symbol. Way before Hitler and his evil bastards appropriated it, the swastika was a symbol in many cultures around the world, including Native Americans.

Ever since the first man took ship to go explore somewhere in the New World, young Americans, mostly men as women tend to have better sense, seem to enjoy going abroad in search of dragons to slay for some reason or another. Americans have been fighting other countries’ wars for as long as there’s been an America. Some go out of a sense of bravado and adventure, others for that most elusive of game “a cause”, and still others, especially in the days before fingerprint databases and DNA tests rendered it nearly impossible, to simply start over as another person — perhaps to forget a broken heart and perhaps to stay one jump ahead of the penitentiary.

One of the most famous groups of American young men who went to the service of another country was the Escadrille Number 124 of the nascent French Air Force. History knows them better as Le Lafayette Escadrille. These 38 men flew under the command of their five French officers from March 1916 until America officially joined the Great War in 1917 at which point they were incorporated into the even MORE nascent Army Air Corps.

When the group first formed, it was called the Escadrille Américaine. For some reason, however, — maybe it was having “American” right in the name — the German embassy in the United States filed a formal protest because America was “neutral” at the time and having a group of people under the name Escadrille Américaine apparently seemed to suggest America was allied with France rather than being strictly “neutral.” So the French changed the name to honor the biggest French hero in American history.

The unit received its baptism of fire over the Battle of Verdun soon after its constitution. On 18 May 1916, a Tennessee boy named Kiffin Rockwell became the first Lafayette Escadrille pilot (and by extension the first American period) to down an enemy aircraft when he shot down a German observation plane near the Verdun battlefield. Sadly, Rockwell would not survive the war but became the second casualty of the unit. The first casualty was one Victor Chapman who was shot down over Verdun 23 June 1916. In all, nine of the original 38 volunteers died in the skies over France while two more died later on when the unit became part of the American Army Air Corps.

The main weapon of the Escadrille was the Nieuport 11, affectionately called La Bebe’ by the pilots. It easily outclassed the monowing Fokker fighters which had driven all the earlier Allied aircraft from the sky during the latter half of 1915. It was nimble and powerful, but not without issues. Unlike German planes, the French had yet to develop a working synchronizing gear to enable the machine gun to fire through the propeller of the plane. The Nieuport’s single Vickers gun fired above the top wing which made aiming slightly more difficult than its German counterparts like the Albatross DIII.

If you like being an insufferable know-it-all at movies, and who doesn’t, if you’re ever watching the WWI movie about the Lafayette Escadrille called Flyboys you can tell everyone the Americans are flying the wrong planes because the movie uses replicas of the later Nieuport 16 which fired through the propeller AND had the full nose ring seen in several of the movie shots. Also, the Nieuport 11 wouldn’t have been flying against the Fokker Triplanes like in the movie since the 11’s had been replaced before the Triplane’s appearance in 1917.

Another historical inaccuracy of the movie is the inclusion of an African American pilot. The character is obviously based on the legendary Eugene Bullard who was the son of American slaves and who DID serve in France, first in the trenches in the infantry of Great Britain and later flying in the French Air Force. An amazing and deadly pilot who went to Europe to escape the rabid racism at home, Bullard nonetheless did not fly for the Lafayette Escadrille because they stopped taking volunteers once 38 had been reached. I could find no reason why because other men, white and black, were turned away once the 38 mark had been reached.

The Lafayette Escadrille officially came to an end 8 February 1918 when its surviving pilots were absorbed into the newly formed American 103rd Aero Squadron. Try as I might, I couldn’t locate the fate of the wonderful mascots of the Lafayette Escadrille who just happened to be two full grown African lions named, appropriately American enough “Whiskey” and “Soda”and who pretty much had the run of the aerodrome and the barracks where the men slept.