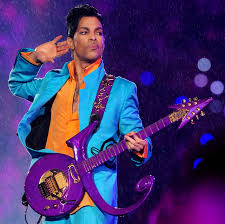 I started listening to Prince at a seventh grade sleep over with Robby at my buddy Duane’s house when we hung out in his family’s RV, commandeered his older brother’s stack of slick covered magazines, and listened to Dirty Mind / Controversy until we fell asleep. The first cassette I ever bought with my own money was 1999. The first time I drove a group of guys around in my 1979 Ford Mustang on a Saturday night, my Purple Rain cassette provided the soundtrack for the evening with all of us singing along. Pretty much wherever I was as a teenager, the Purple One was riding shotgun. I reached for him when I was mellow, when I was excited, and when I was seriously sad, but never when I was angry because Prince didn’t write angry music. Just like his character in the movie Purple Rain, Prince was a lover, not a fighter.

I found out yesterday when someone on Facebook posted “RIP Prince, you sexy MF.” I’ve been taken in by several dead celebrity hoaxes, so I held in the disappointment until I could get online and check out the reputable sources. MSN confirmed it with the “breaking news” headline reading “Superstar musician Prince dead at 57.” Cliche’ as it may sound, when I read that, a little piece of me died.

It’s been a rough year for me musically. First Bowie, then Haggard, and now Prince, but Prince seems the hardest to take because of the three, he most belonged to my generation. We were the ones destined to “party like it’s 1999,” which seemed so far away the first time I heard it. Prince was a large part of the voice of Generation X. 1999 was our middle school anthem, we started high school with Purple Rain, graduated with Paisley Park and went off to college with Sign O’ the Times.

He sang to us about us.

Prince’s music became the first stuff I had to hide from Mama, and most of my friends were the same way. We could get away with the double entendres of Little Red Corvette, but it was hard to mistake what he was talking about in the words to Darling Nikki, even if I did have to look up the word “masturbate” because that particular term hadn’t come up in everyday conversation by 1985 in my small Southern town. One of the best friends I ever had was actually named Nikki. We had first period study hall together my senior year and I loved to aggravate her with that song. All I had to do was hum the first few bars and she’d get all red in the face.

She’s dead now too, victim of a horrible DUI single car crash about 25 years gone. Whenever Darling Nikki runs through my mind out of the blue, I tell myself it’s her trying to communicate from The Beyond . . . nothing wrong with a little white lie to myself, after all.

Thing about Prince was his whole albums were good and not just the few singles which got the air time. In fact, my two favorite Prince songs I don’t ever remember hearing on the radio at all. I adore “Sometimes it Snows in April” off Under a Cherry Moon and my all-time favorite is “Starfish and Coffee” from Sign O’ the Times. Every one of his albums had not one but several un-aired hidden gems so I usually bought the cassettes as soon as they dropped so I could find them. 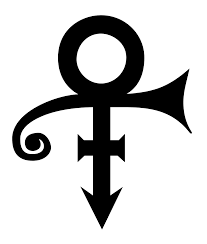 He was a strange duck in a lot of ways, of course, but — just like being able to pull off purple crushed velvet suits onstage — it was his plethora of quirks which made him so endearing to his fans. I remember when his record company tried to tell him he couldn’t use his own name for his own purposes so what did he do? He legally changed his name to a symbol that ASCII doesn’t reproduce anywhere I can find under any combination of keys. He went his own way, but he was always true to the music . . . always.

A big part of my younger self developed around listening to Prince and this world is a sadder, much less purple paisley place now that he’s gone.

So, remember I love y’all, keep those feet clean, and if the elevator tries to break you down — GO CRAZY!