Something passingly strange happened to me earlier tonight. Budge and I parked at the Fatz on I-26 in Clinton to meet up with our Brown friends (their surname is Brown; they aren’t actually brown) and take charge of our fuzzy niece while they go to Indiana for a funeral. After making the exchange, of Nyah, best wishes for safe travel, and hugs all around, Budge and I decided to go ahead and eat supper at Fatz instead of traveling back to Simpsonville to eat locally.

Now as we had driven up the entry road to the restaurant, I noticed a guy with a backpack looking thoroughly unkempt making his way up the same road. By the time Budge and I got Nyah settled in her doggie bed in the backseat of the Santa Fe and made ready to go in and eat, this guy had reached the front porch of the restaurant and was sitting at the far end on a bench staring into space and rocking like a metronome. I could tell he was probably one of the legion of homeless that wander our roads here in the South this time of year. Since southern winters tend to be much milder (not this year) than the same season up North, our homeless population spikes between early December and late March as the dispossessed abandon the frigid cities above the Mason-Dixon Line. 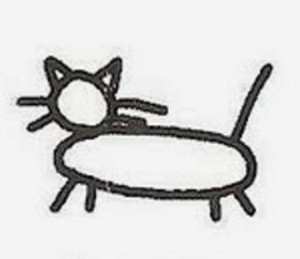 I need to pause here to explain something. The need to feed hungry people runs deep in my DNA, both spiritually and ancestrally. Mama grew up beside the state highway and the railroad tracks that ran through Gray Court and apparently word had gotten around in the hobo jungles that my Granny Imogene was a woman of culinary skill wedded to a spirit of boundless compassion. Every so often, Mama would relate to me, a soft knock at the back door signaled a hungry mouth had found the one house in town where he was certain to obtain food. If it were around meal time, Granny would offer a place at the table, which the men (and they were always men in those days) invariably declined. Instead, they would head back towards the railcar with a paper sack full of baloney or egg sandwiches, some cookies – homemade, never store-bought – and some fruit if any was available.

My sainted Granny Wham also had a soft spot for the hungry. One famous story in the family tells how Daddy brought two boys home with him on a long weekend pass. The two were Yankees and had no way to get North and back in the allotted time, so Daddy drove them home with him. Two days later as the trio made their way back to base, both those Northern boys said, “Frankie, one more day and your momma would have killed us with food!” It wasn’t an exaggeration either. As far back as I remember, the first thing Granny Wham would ask me after her welcoming hug would be, “Are you hungry?” In fact, she was notorious for mentioning to me that I should “try to lose a little weight because all that fat around the heart wasn’t healthy” but then — usually in the same breath — asking me, “But do you want a little piece of pound cake? I made it just for you.”

So tonight seeing such a downtrodden looking fellow all alone, a little voice way down deep inside me urged me to feed this man who was probably hungry. I checked with Budge to make sure she would be okay with it and with her blessing, I went to fetch him inside. I walked up to him and asked him if he was hungry. He paused in rocking for just a moment, looked at me and slowly nodded his head. So I told him to come on in and have a meal with my wife and me. When he stood up, the air around him caught on the wind and nearly brought tears to my eyes, but I was raised to never look down on someone less fortunate so I took him by the arm and led him to our table. At that point, things got a little . . . odd.

He scarcely spoke and when he did, it was nigh impossible to understand him. We did manage to figure out he wanted a Sierra Mist to drink and the steak and ribs with a salad for his meal. I offered him some of the amazing rolls Fatz serves before their meals, but he just stared at the basket and went back to his slow, methodical rocking. All of our salads arrived and he was mannerly while eating. He chewed with his mouth closed and when he coughed, which was often, he always covered his mouth with a napkin.

Before our entrees arrived, however, I noted some quirks in his appearance and behavior that raised my threat antennae to maximum sensitivity. First of all, his hands were immaculate. The nails looked almost manicured with no chew marks, no hang nails, and no cuticles protruding from the sides. Also, not a single nail had the slightest bit of dirt underneath it. I don’t want to make stereotypical generalizations but I’ve met a great many homeless both men and women and one thing they almost all had in common was a pair of grubby hands. It’s not a knock against them; it’s just a fact of the lifestyle. This gentleman’s hands were cleaner and better groomed than mine, by a long distance.

Also, his backpack was gleaming. It was a leather model trimmed in brass and it looked like it had just arrived from L.L. Bean. The brass was mirror-like and the dark green leather looked buttery smooth with no scratch, wrinkle, or stain anywhere visible. He also never took his foot off the straps, but I didn’t set much store by that because anyone on the road soon learns to maintain contact with one’s stuff or quickly lose it. Altogether though, the hands and backpack didn’t fit with the rest of his appearance from the wild, unkempt hair to a beard and mustache worthy of Santa Claus to the rest of his ill-fitting, roadstained attire.

What really set me to wondering and made me slide a tiny bit closer to Budge though, was his gaze. He never stopped rocking and his eyes never stopped darting left to right then up and down. He seemed to be searching for something, but even as his eyes ceaselessly roamed around the dining room, his face remained an impassive, blank mask . . . except when his eyes would fall on Budge. Every few circuits around the room, I would notice his eyes boring a hole into Budge. She had initially tried to be pleasant and include him in the conversation, but finally stopped looking at him altogether and it took me just a moment to see why. Every time his eyes stopped on Budge, he would linger and stare and his face would flinch ever so slightly into a predatory leer. It made the rest of supper somewhat awkward.

As soon as we finished our meals, I sent Budge to the car to “call Laura and tell her we were running late” while I made one final attempt at communication. I never got his name, but he mumbled something about being from Kentucky. When he did, I asked him if he was from western or eastern Kentucky and he replied, barely understandably, “Western” so I asked him if he lived near Harlan County. He said he did and I knew it was time to part ways . . . Harlan County is almost as far EAST as you can go and still be in Kentucky.

I paid the check and left the waiter a generous tip for dealing with this surreal experience. My dinner companion mentioned, again, barely audibly, that he needed a new pair of shoes. Normally, I’d have tucked him in the car, taken him to WalMart, and gotten him some decent footwear . . . but not this time. I pressed a $20 into his well-groomed hand, wished him luck, and got in the car with Budge to leave. When I looked back, he was going back into the restaurant; why, I don’t know.

If I had it to do over again, I’d still brought him in to eat. My favorite Bible passage is in Matthew’s Gospel where Jesus said that feeding the hungry and giving water to the thirsty was the same as waiting on the Son of God Himself. I’d get the man’s food again because it was the right thing to do. For the first time, however, out of all the myriad times I’ve tried to help someone, some stranger, this was the first time I didn’t feel the usual sense of accomplishment. Instead, I felt a little worried. Budge thanked me profusely for extricating her from the situation because she was completely skeeved out within ten minutes. She knows my heart and how much I long to help everyone I can, but like I told her tonight, no attempt at a good deed trumps her safety . . . she comes first — always.

So I’m left wondering — just who did I treat to supper tonight? Some of the stranger’s mannerisms — especially the rocking and nervous flitting of his eyes — reminded me of the autistic children I’ve been blessed to work with from time to time. I don’t know. I am nearly certain, though, that he was either mentally ill in some way or putting on a really good act. It makes me think I served a meal to either a very grubby angel in disguise or a highway wandering serial killer . . . and I wish I was joking.

Love y’all. Keep those feet clean, and I don’t usually ask for comments, but if any of you have some insight into this odd occurrence, I could use some perspective.