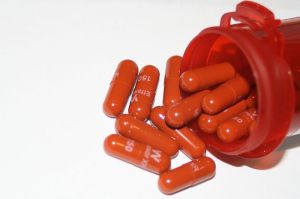 It’s been a couple of weeks since my last post and I figured I owe my few but loyal readers an explanation of where I disappeared to for the past fortnight. Quite simply, my meds were screwed up.

For those who are late joining this party, I have some mental health issues that I’m not particularly proud of, but which I don’t make any pretense of hiding either. Without knowing it, I’ve followed the advice Tyrion Lannister sagely gives Jon Snow to “Never forget what you are. The rest of the world will not. Wear it like armor, and it can never be used to hurt you.” I’ve just supposed as long as I’m open about my issues, no one can throw them up at me and I may just help someone else along the way.

First of all, you must know I am thankful for my wife’s very good insurance coverage which allows us to buy medicines with only a small co-pay. I remember some years ago when we went through a period with no insurance at all and it gave me a tremendous appreciation for those co-pays as well as an equally tremendous hatred of pharmaceutical companies which is a rant for another time. During that stretch, my primary anti-depressant — Effexor XR — hadn’t crossed over to the generic side of the street and a bottle of 30 cost slightly north of $200 dollars. Luckily, Mama was still making good money then and carried me for about a year buying that expensive medicine monthly.

Now, though, times have changed a bit. I require two capsules per day to keep on a somewhat even keel. Unfortunately, for whatever reason, our insurance company claims to know more about my mental health needs than my wonderful psychiatrist. According to them, I should STILL only need one capsule per day, and therein lies the rub. In order to get my two capsules per day allotment, I must obtain the dreaded “prior authorization” form and have Dr. Stephens fill it out and fax it to the insurance company.

For those of you who aren’t familiar with some ways insurance screws you over, here’s a jolly good one — they don’t keep you from getting as much medicine as you want. If you have a prescription with six refills on it, you can get ALL SIX refills at one time if you desire . . . but they are not paying for it. I can get 30 capsules (or fifteen days worth) for $12.50 but unless I get the PA signed and faxed, the other 30 capsules to finish the month will set me back over $100 — and Effexor IS generic now. 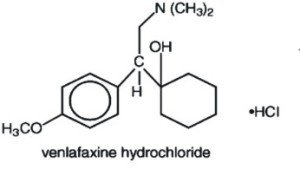 Oh look! It’s a map of the Eleventh Circle of Hell!

I’ve had to do this moronic little dance now for over five years. My 12 month PA runs out in November and I have to get a new one pushed through so I can get my December prescription filled. Well, this year when I got my November refill, the pharmacist didn’t put anything on the bottle about my PA running out as she had done for the last several years. That got me to thinking I no longer needed a PA since this was the first year for generic Effexor.  I went merrily about my way and got a refill again on December 26, 2012 and still had no information about needing any forms renewed. When that bottle ran out, I called in a refill once again and picked it up. When THAT bottle ran out, I called in another refill and trouble started immediately.

Apparently, I DID still need a prior authorization back in December, but with no note or anything, I failed to notice the bottle only had 30 capsules in it. Furthermore, when I picked up the second refill in January, that bottle only contained 15 days worth of medicine as well. So when I went back to get refill two for this year, the computer shut me down. I couldn’t get my refill without getting a new PA on file.

Now in the past, the computer would shut me down in November so I would get the 15 day supply, download the form, take the form personally to Dr. Stephens, watch him fill it out, and fax it to them myself. This time, with no note, I didn’t pay attention — which is my fault — to either bottle I refilled so I found myself sitting at the window of the pharmacy being told I couldn’t get my meds without paying full price . . . well over $200, even generic.

I immediately went into a panic because I was OUT of meds. Now that might not seem terrible for any of you who have run out of cold medicine or cough medicine or some such before, but when you run out of psychotropic medicines, it’s a whole new ballgame. If I miss ONE dose of Effexor, I am lethargic all day. If I miss TWO full doses, I get a migraine headache that will incapacitate me for AWHILE, and those are the GOOD withdrawal side effects. Normally, if I see I’m going to run out, for whatever reason, I’ll take a half dose. I still feel like warmed over death on a stick, but I can carry on for the most part, except for the dreams.

Whenever I’m in full or partial Effexor withdrawal, my subconscious really has a field day when I go to sleep. Within a day, I begin having the most vivid, psychedelic nightmares you can imagine. I have been chased by Jason Vorhees riding a transmuted werewolf and leading a pack of orcs and zombies. I have been sacrificed, tied up for the kraken, and more other weirder and more terrifying dreams. 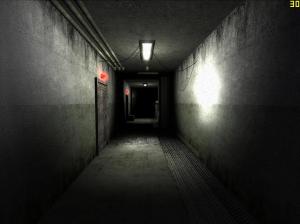 If you are here and don’t know if you are awake or asleep, it’s not ending well. Just saying.

Budge won’t let me sleep in the bed when I’m in withdrawals; not because she’s mean to me but because she’s looking out for her safety and the safety of our cats. I have woken up from a withdrawal nightmare in full combat mode punching the couch and stomp kicking the coffee table. I’ve woken up by diving off the recliner into the floor and hitting the coffee table on the way down. At a certain point, I start hallucinating and can’t tell if I’m dreaming or in reality. That’s when I stay away from driving and sharp objects. It is miserable and if I go too long and start back taking my meds . . . I get to experience the same effects while the meds ramp up in my system again. Did I mention HELL?

Luckily, the pharmacist on duty was a former student of mine. He fronted me ten capsules and by halving my dosage, I was able to make it til my PA went through, but it was a near run thing. I still had some kooky dreams but nothing like full-blown withdrawal. So that’s where I’ve been, everyone. I just haven’t had the wherewithal to make a post. Hopefully, I’ll be back in the high life again and can start up my former erratic schedule. Here’s hoping anyway.

Until then, keep those feet clean and know that I love y’all.