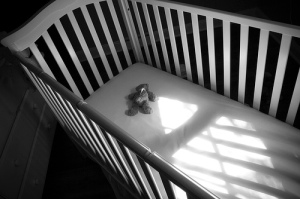 My post on how awkward it can be when you’re the only childless couple really garnered a lot of folks attention. I don’t get many comments as a rule, and that post picked up several. With that in mind, I want to do a follow-up on my views of being childless and explain a thing or two in a little more detail.

Sometimes I wish Budge and I would have had children one way or another. Having seen how happy Mason has made Daddy as a grandpa, I would like for Mama to have had a blood grandchild of her own. Now she’s a surrogate grandmother to many, many children of my various cousins and assorted other kin, but I know a child of mine and Budge’s would have made her even more overjoyed. Of course, with her COPD robbing her of vitality, she wouldn’t be able to do much with the baby, but hopefully, having that baby would make her sitting confined to a chair that much easier to bear.

Mostly, I’d just like to know what kind of father I would have made. I’ve always wanted a little girl, but Budge said I’d end up in jail or a mental hospital with a nervous breakdown once she became a teenager. I don’t know about that. I’m not worried about my hypothetical daughter. I know she’d be an angel. What I’d be worried about is her finding ME when I was between 15 and 19.

I was the boy all the parents loved because I was so respectful and attentive to not only their daughter, but also them. I guess I’d have had to set the boy down and tell him, “Son, I don’t like you and I don’t want to like you. You don’t have to make small talk with me about my hobbies or sports or anything of that sort. I know your kind and I know what you want really, really badly and I realize nothing I can do will change that. But, son, you need to know one thing. There’s a well in out in the country where I grew up. It’s deep and hard to get to. If I catch you impinging on my daughter’s honor, they’ll never find you.” Well, maybe Budge is right.

The main reason I worry about us being childless, however, IS Budge. See, I’ve got maybe thirty or thirty-five years left before one of the Wham heart attacks takes me on to see Jesus . . . I hope. We don’t have much family in any event, and I’m worried sick about leaving Budge back here alone. I don’t want her to get old alone. I don’t even want her to EAT alone now! People used to laugh at me because whenever I would have a wrestling match or something of the sort and wouldn’t be able to eat supper with Budge, I’d always call one of her friends and ask her to take Budge to supper and I’d pay. I can’t stand the thoughts of her eating alone.

I remember visiting Granny Wham when she was in Martha Franks Retirement Home. Some of the ladies there had outlived all their family. They literally had no one to come visit them or make sure they were being treated well. I get so upset I start crying and get sick to my stomach when I think about my beloved Budge sitting at a table alone knowing no one is going to come visit on special days like Christmas and her birthday.

SHE tells me I’m being silly, but that’s the biggest worry I have since we have no children. I want her taken care of, but I know that if the world stands long enough, I’ll probably go to the grave before she does. Of course, if she goes before me, the funeral home may as well hold the hearse at the house because I’ll probably be along shortly from grief. It will be difficult for me to go on without Mama, but life without Mama AND my Budge is just too much to bear!

Have a good weekend, y’all!

Love y’all and keep your feet clean and warm during this cold snap!