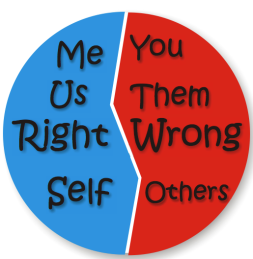 Several months ago now I wrote a post wherein I confidently, perhaps even arrogantly, prognosticated the results of the upcoming election for our next POTUS. Specifically, I stated categorically Bernie Sanders and Donald Trump had about as much chance of actually obtaining the respective Democratic and Republican nominations as the proverbial snowball in the proverbial Hell.

Good old white haired Bernie made the Democratic side a whole lot closer run thing than he had any reason to believe he’d do. Ultimately, Hillary won out, but even in defeat, Bernie remains plucky, vowing to fight on until and during the Democratic National Convention later this year. I’m not certain how much influence over events he’ll ultimately have, but he will certainly keep things stirred up. It must be nice to have so much money you can keep on running a failed campaign just to be a pain in the other person’s ass. I think I like this guy.

On the other side of the aisle, I was CERTAIN “The Donald” would say something so outrageous, so over the top, people would castigate him, cut ties with him, and flee from him like the plague. Well, turns out I was right about two out of three. Trump has not disappointed in the area of issuing outlandish statements. So much insanity has spewed forth from his mouth it has lowered the collective IQ of the nation by at least ten points. He has said, and is still saying, things which would have torpedoed the candidacy of ANY other politician. Far from slowing him down, the more crass references he makes to his “male anatomy,” the more he issues personal name calling attacks on people he perceives as enemies, the STRONGER HE POLLS!

One by one, he sent the other candidates packing. Bush, Rubio, Cruz, and finally Kasich all ultimately bowed out before the force that is Hurricane Donald. None of them could touch him. Logic didn’t work, reasoned arguments didn’t work, and when several of them finally decided to fight fire with name-calling and personal attacking fire, they just sunk to His Hairness’s level and he crushed them with experience. Donald Trump is the presumptive Republican nominee. We are in completely uncharted waters now, folks, and — as the old maps used to say — here there be dragons.

What concerns me most is how we got here as a country. Where did things take such a sharp turn that a man who says the things Trump says not only wins his party’s nomination, he wins it in spite of the party elite’s best efforts to stop him. Make no mistake, Trump has the Republican establishment soiling their collective britches. How can someone, in this error of unprecedented political correctness, say the things Trump says without walking anything back and forge ahead?

I think that’s where the rub lies. Trump is the political correctness giant slayer. He does and says what so many people WISH they and their leaders could and would say. He wants a wall to keep out the filthy raping, murdering Mexican masses (nevermind most undocumented aliens are some flavor of Asian extraction). He says we should take out the families and friends of terrorists, no matter what the cost to the nation in terms of world opinion. He basically has said, in not so many words, F*** world opinion of us.

In doing all he’s done and saying all he’s said, a sobering fact has emerged about our country. Not only is the middle class as an economic entity dying, but the middle moderate political view is also dying as well. America is split cleanly down the middle and — here’s where it’s scary — each side HATES the other side.

If you want to see just how polarized America is, read the comments section of any news article. You won’t find a middle ground. Reasoned, civil public discourse in the marketplace of ideas has given way to two camps with torches and pitchforks staring across an impassable gulf of ideology. Looking back through the history of our country, I can’t find a single time when sheer unadulterated hatred for the other political side is as great since the days leading up to the War Between the States. Like it or not, Americans hate each other.

Into that kind of charged atmosphere comes Trump and Hillary. Never have two candidates been more polar opposites in their views. Pick a wedge issue, any wedge issue: abortion, gun control, immigration . . . it doesn’t matter because the two have no common ground. If one is “pro X” you can bet the farm the other is VIOLENTLY “anti X.” Hillary has shown increasing signs of anger in her camp while Trump has full-scale melees break out whenever he has a rally. Two angry people are leading two increasingly angry factions. 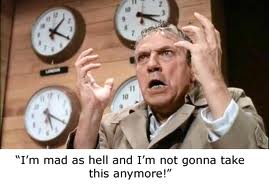 Where is it going to lead us as a country? Well, I think the average person today is pissed off. To borrow the line from Network, everyone is “Mad as Hell and not going to take it anymore.” So what’s going to happen is either way this thing goes in November, the half that loses is going to be boiling over with anger. What’s that going to cost the country? I know some friends in the tinfoil hat crowd who are certain a repeat of 9/11 is bound to happen not long after the inauguration in January 2017 because it’s going to take something that awful to bring some semblance of unity to the country again.

I don’t know. I do know I miss the country I was born in and I’m not sure exactly what happened to her. I’m also sure of one other thing; regardless of who wins in November — Hillary or Donald — we will have a well-qualified person at the helm to pilot this rapidly speeding up handbag.