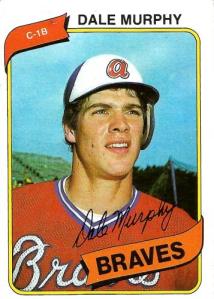 I’m a baseball fan from way back. Some of my earliest, clearest and fondest childhood memories are summer nights playing catch with Papa Wham after supper then going in to get a shower before stretching out — Papa on the couch, me on the floor — to watch the cellar dwelling Atlanta Braves of the late ’70s and ’80s play ( and most likely lose) a baseball game via the original incarnation of Ted Turner’s TBS SuperStation on the only TV set on Weathers Circle with cable instead of “rabbit ears”. I’ve watched the game all my life. The fact my beloved Budge is an extremely passionate and knowledgeable baseball fan figured highly in my decision to marry her. I just love the game.

Keep them out? I don’t think so.

Unfortunately, a huge span of my best baseball fan years occurred in what’s now labelled “The Steroid Era.”  Mark McGwire, Sammy Sosa, and Barry Bonds, along with a multitude of other MAJOR stars and superstars, admitted or were otherwise implicated in the use of “performance enhancing drugs” throughout the 1990s and early 2000s. Now the vast majority of those PED tainted players have retired from the game I cherish and several of them finished their careers with statistics gaudy enough to guarantee them entry into the holy halls of Cooperstown’s Baseball Hall of Fame, but steroids are still haunting them.

Rafael Palermio, great numbers but not so good at telling the truth.

Consider this, seven of the top fifteen players on the All-Time Home Run List, including Barry Bonds at the top of the pile, are tainted by proven or alleged steroid use. Roger “The Rocket” Clemens is the only person in baseball history to win 7 Cy Young Awards as the greatest pitcher of the year, but he has a dark cloud of allegations hanging over his head that at least some of those 7 awards are the result of steroids. Because of the scandal, a lot of baseball purists have conducted what I think amounts to a statistical witch-hunt and cried out that NONE of those implicated in steroid use should EVER be admitted to Cooperstown.

I think that’s a load of crap myself. Sure, I’ll concede to purists a ball hit off a “juicer’s” bat will most likely fly farther than one hit by a “mere” major leaguer. As Shakespeare said though, “There’s the rub!” They still have to HIT THE BALL. 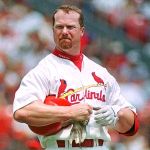 Villain or hero? Where would baseball be without his ’98 season.

According to polls by USA Today, ESPN, and Sporting News, hitting a baseball thrown by a major league pitcher is THE hardest feat in team sports. A several pitchers in the history of “The Show” have been able to consistently throw the little white ball with stitches on it in excess of 95 mph. More than one — Nolan Ryan and Randy “The Big Unit” Johnson come to mind — routinely surpassed 100 mph. At that speed, the hitter has around 0.4 seconds to find the ball and put his bat on a trajectory to intercept that ball. Hitting a baseball is so difficult anyone who can consistently do it 1 out of every 4  at-bats can make a good living in the major leagues, those who can hit .300 for a year are awarded with dump-truck loads of money. The one in a million, literally, who can hit safely 40 times out of a hundred for an entire season stands to get awards and buildings named after them. Steroids might make the ball fly farther, but they don’t slow the rock down on its way to the plate.

Baseball people also forget just how much the game owes those “juicers,” particularly Mark McGwire and Sammy Sosa. In 1994, the Major League players went on strike. The entire post-season — including the World Series — was cancelled. The work stoppage went on into the 1995 season. Fans were pissed off and I was one of them. These guys get millions of dollars to play a kid’s game and they are gripping about not getting enough? Anyway, baseball was in a black hole bunch of trouble after the strike. Estimates show attendance at games and television ratings dropped 20% in one year. Baseball was on life support. 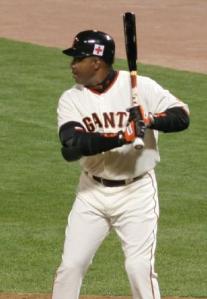 Not my favorite person, but he could seriously damage a baseball and that’s not just due to steroids.

Then came 1998 and “The Great Home Run Chase.” Sosa and McGwire lit up the scoreboards with homers and people who swore they would never watch another baseball game again plopped back down on the sofas and tuned in to see if a 40+ year old record could fall. When it did fall in September with Big Mac’s 62 home run, baseball was back in the high life again.

Personally, I don’t see what the huge uproar is about steroid use. It’s dangerous to the user and it helps in healing, but does it make someone a better ballplayer? I don’t really think so. Besides, what’s the difference between the steroid abuse of the 90’s and the cocaine epidemic of the 70’s and early 80’s? People forget just how many ballplayers from THAT era have admitted to using the Peruvian Marching Powder, but no one would think of putting asterisks by their names or taking them out of the HOF.

These guys were trying to play better ball and hit more home runs, which is what they were being paid to do and what fans were paying to watch. They weren’t shooting up in front of kids who admired them. Truthfully, if Congress had kept its collective nose out of it, the whole thing would have passed just like the cocaine debacle did. Unfortunately, America LOVES a good scandal, even if it costs their icons everything.

Oh, and lets lease not bring up “character issues.” The majority of baseball’s heroes were “characters.” Babe Ruth was known to show up to games with colossal hangovers. Mickey Mantle struggled mightily with alcohol and was an inveterate womanizer. As far as role models go, if I had a son, I would MUCH rather him view Mark McGwire as a role model than one of the HOF’s founding members.

Keep him in but not let in “juicers”? Where’s the justice in that?

I’m talking about “The Georgia Peach” Ty Cobb. Ty Cobb was a marvelous baseball player, but he was one of the most odious human beings to ever put on baseball spikes. He was racist, a bigot, and an outright dirty player, but he smiles from a bust in Cooperstown.

So instead of making the Steroid Era superstars out to be villains and denying them their rightful places in the Hall of Fame, judge them by what they contributed to the game. If not for their tape measure homers and gaudy pitching stats, baseball might have died out by now. These guys aren’t evil; they aren’t even particularly awful. In reality, they are modern day heroes, the kind that are hard to find.