As much as I hated to see it come, another Presidential election year has arrived. For the next twelve months, the American people will be inundated by ads on television, radio, Twitter, and probably Facebook telling us how great this candidate is and how horrible all his (or her) opponents are. Whoever comes out of the Republican Survivor Series gets to face off against the reigning champion / President, one Barack Obama.

Here is where it gets wildly interesting because ALL the Republican pundits from Glenn “Cry Me a River in my Sweater Vest” Beck to Rush “more Oxy than Billy Mays” Limbaugh are predicting a huge landslide win for the Republican candidate — whoever that turns out to be.

I highly doubt it.

Now let me get one thing straight from the beginning. I am not a political expert or commentator. I’m writing this post because I’m sick of the endless Republican presidential Debates ALREADY. People haven’t really started putting out yard signs and wearing bumper stickers yet and I’m already OVER IT. So I just want to point out why I think things are not going to turn out the way all the “experts” believe they will. 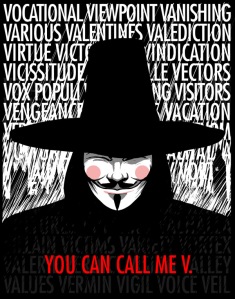 I don’t really care who wins because none of the candidates or President Obama share my views. I’m an Anarchist in the V for Vendetta mode. Read the book, you’ll understand.

Anyway, here goes my amateur breakdown of the upcoming Republican defeat. If I’m wrong, please comment. Also, I don’t usually ask this, but pass this one along because I’m SICK and TIRED of hearing all this politico-babble.

First, and this is the big elephant in the room people don’t want to talk about but, Teabaggers and other really rabid Conservatives forget the fact that President Barack Obama is the first African-American / person of color / Black POTUS. Now I know he’s actually biracial. My wife’s FOURTH graders know he’s biracial. That doesn’t really matter. He’s the first non-lily white man to get elected and a BIG chunk of the population of the USA is REALLY proud of that fact, and they have every right to be. Obama is THEIR man. If you don’t believe it, look at Herman Cain’s “numbers” among Black voters. Small single digits.  The people of color in this country are going to vote for Obama.

Second, Teabaggers and other really rabid Conservatives forget the fact that this country has many, many more poor people than rich people. Also, “rich” is relative; to a man living in a van down by the river eating government cheese, I’m probably looking like Warren B. himself. Anyway, all those great unwashed masses of poor people VOTE for President. They might not vote in off-year elections or any other election from Senator on down to dog-catcher, but they will vote for Presidents. 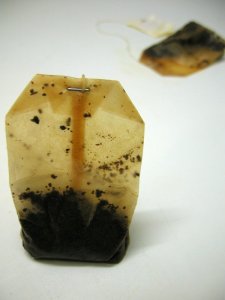 Didn't anyone tell those people what "tea bag" means before they picked the name for their movement? I mean, c'mon people, Wikipedia is your friend.

Now poor people — deserving and undeserving — have a vested interest in making sure all the entitlements stay in place. Word is starting to get around that the candidates who are going against Prez O want to mess with those entitlements. That’s messing wit’ they check! You ever been to a post office in a small town on “check day” third of the month? All those people standing in front of open PO boxes waiting for “they check” WILL vote in 2012 and they ain’t voting for someone who might “mess up they check.” Poor people are going to vote for Obama.

Third, Teabaggers and other really rabid Conservatives forget the fact that this country has as many — if not more now — OLD PEOPLE than young people. Old people LIKE Social Security. After all, “they paid into Social Security all their lives and THEY DESERVE TO GET THEIR MONEY!” Now, you and I know that Social Security doesn’t really work that way and who they were paying for were the retirees of 20 years ago and such. Most old folk don’t know that AND they don’t care to learn it. All they know is people like Romney and Co. are CONSIDERING fooling around with Social Security. Heck, they might even DO AWAY with Social Security and if they do that “I’ll lose all that money I put in over the years!” Old people are going to vote for Obama.

Let me interject a bit of knowledge here so you’ll know that I’m not a dumb as I sound sometimes. The Teabaggers, rabid Conservatives, and even I know that the welfare entitlements and Social Security are slowly but surely bankrupting the country. They aren’t doing it alone, I know, but they are a big chunk of the problem. I hear people all the time on TV talking about “don’t these people know the country can’t sustain this level of paying out?” To answer that question — NO, they don’t know that AND if they DID, they wouldn’t CARE.

Have you looked at Greece lately? It’s been in the news when they needed something to pull away from the pressing drama that is the “Penn State Sex Scandal” or the all important latest doings of one or more Kardashians. Greece is FLAT BROKE. They are just BARELY paying their bills. They are about to go under. As a result, the Greek parliament has passed “austerity measures” designed to cut spending and they’ve raised taxes some. Do you think the Greek people have jumped on board and agreed to tighten their collective belts to help ensure their country’s solvency? HADES NO! They are rioting in the streets! Those people are PISSED! They don’t CARE if the country is broke as long as “they get they check.” What will happen when they check stops because the country is BANKRUPT? 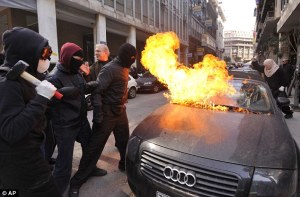 Told you! I ain't lying.

Think fire. Lots and lots of fire. For some reason, pissed off people like to burn stuff.

Does anyone REALLY think the people of America are going to be any better as we near economic collapse? No. Most people in America have no idea what country-wide economic collapse IS. All they know is “they got to get they check” on the third so they can make a payment on the trailer so they won’t have to live in the van down by the river. You tell them it’s going to mean higher taxes and THEY DON’T CARE because THEY DON’T PAY TAXES ANYWAY! Zero increased by 50% is still ZERO.

Any candidate — Presidential or otherwise — who runs on a platform of cutting entitlements or changing Social Security is NOT going to get elected or re-elected and politicians are all about the elections because being up on “The Hill” is a pretty sweet gig if you can get it. The hours are good, the pay is good, and the retirement is phenomenal! In all, being a politician is a great way to “get a check,” and we all know that no one — politicians included — wants ANYBODY to “mess with they check.”

Love y’all. Keep the faith and the feet clean.