Monday’s “not guilty” verdict in the Casey Anthony murder trial has a tremendous segment of the population livid with anger. Moms all over the country, joined by more than a few dads, seem quite prepared to form a lynch mob and travel to Orlando to administer the justice the jury did not. 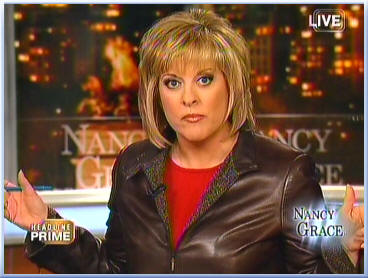 That anger has just one problem — it is woefully misplaced. If people want to be angry with someone and blame someone for the debacle of a trial they should ignore the jury, prosecution, and even the defense. The blame for this miserable failure of justice should be placed squarely on the doorstep of one Nancy Ann Grace lately masquerading as a journalist on CNN and before that a prosecutor somewhere. If her handling of the Caylee Anthony murder case is any indication of her skills as a prosecutor, it’s little wonder that she is no longer trying to put criminals behind bars.

Three years ago, Nancy started calling for Casey Anthony’s blood on her talk show. She went on ad nauseum about how guilty Casey was and what a monster she was and over and over she kept calling for a trial that would hang the vile party girl from the tallest tree in Florida. Unfortunately for Ms. Grace, she forgot that in this country, people are only sent to prison — or the death chamber — when they are convicted by a court of law, not the court of public opinion.

For the record, I am certain in my own mind and heart that Casey Anthony killed her daughter. I’m equally certain she is an evil, detestable monstrosity of a human being who is on the Red Line Express Long Black Train to Hell in a Handbasket. Finally, I’m positive the jury handed down the correct verdict based on the law and the judge’s instructions. If the prosecution had not be put under such scrutiny and constant pressure by Nancy Grace, that verdict may have never been handed down and Ms. Anthony would be on her way to a prison cell now instead of on her way to the talk show circuit. I cannot tell everyone just how thankful I am that Oprah is off the air because I don’t think my nerves or digestive system could handle that interview.

What most people are focusing on is the not guilty verdict for the count of First Degree Murder. I can promise you that right from the start of the trial, the prosecution had ZERO chance of getting a conviction for FDM. By definition, First Degree Murder is premeditated. That means you sat down and planned out exactly when, where, and how you were going to kill this person. Premeditation, by further definition, implies — nay, requires — a motive. Furthermore, I truly feel Casey Anthony is INCAPABLE of premeditating a murder and coverup of this magnitude because doing so would require her to think about someone other than HERSELF for more than 30 seconds and I simply don’t think she has that ability. In any event, the prosecution NEVER effectively presented any scenario involving a motive for Casey to kill Caylee. You can get a conviction for 1st Degree Murder without a body. You cannot get a conviction without a motive.

Nancy Grace kept up a steady stream of harping on “the massive amount of evidence.” Yes, the amount of evidence was quite large, BUT, none of it lead anywhere. Define “the smell of death.” Where is the receipt or credit card statement showing where Casey Anthony purchased a bottle of chloroform AT ANY TIME DURING CAYLEE’S LIFE? Sorry, but all the prosecution convinced the world and jury of is that Casey Anthony is an ugly, cruel, blight on the earth’s population — but that’s not the same as proving she committed 1st Degree Murder and should have been sentenced to death.

That is another factor to keep in mind. The prosecution was angling for the death penalty and Nancy was on TV squawking about how appropriate she felt that punishment would be. Now, with that in mind, put yourself in the jurors’ places. If you convict this woman and she is sentenced to death, in a very real way, you have taken the life of another human being. Not everyone is capable of doing that. Not everyone is LIKE CASEY ANTHONY! If you are going to have someone put to death based on your word, you had better damn sure KNOW they are the person who committed the crime. Otherwise, sleeping may get difficult around the execution date.

Again, I loathe and despise Casey Anthony. I think she overdid her regular routine of chloroforming little Caylee into unconsciousness so Mommy Dearest could go have some “Me / Slut time” at the clubs. Once the child was dead, she was disposed of. Had the prosecution taken the death penalty off the table and pressed HARD for Second Degree Murder, which requires no premeditation, I think the jury would have been convinced.

Our legal system worked exactly as it is supposed to. According to reports now reaching the blogosphere about interviews with actual sitting jurors and not alternates, it appears that the majority of the jurors believe Casey Anthony is a murderer, but the prosecution failed to prove it.  Make no mistake, justice WAS done in this case. Most people are angry because most people don’t REALLY want justice; most people actually want VENGEANCE. Most people want the guilty punished in the most heinous way possible, which is just as it should be — until an innocent person is wrongly convicted or, God forbid, executed.

The electric chair doesn’t give a mulligan.

So the jury was correct and if Nancy Grace had spent more time doing something about that godawful hair helmet of hers and less time rabble rousing for a witch burning, the Orlando sheriff’s department could have taken five or ten or more years to build an airtight case against a witch. As it is, a murderer walks the streets of the home of The Happiest Place on Earth scot free and set to make a truck load of money on book deals. I only hope she remembers ONE thing when she contemplates her wonderful luck . . .

She still has a Judgement to stand, this Judge cannot be swayed by fancy rhetoric or forensic tricks. Ms. Anthony — and Ms. Grace too, for that matter — would do well to keep in mind that paybacks REALLY are Hell.